The Oakland Raiders ended their tumultuous ties with linebacker Aldon Smith, the team announced on Monday.

The Raiders have decided to release the disgruntled linebacker after he was involved in an alleged incident of domestic violence over the weekend. NBC Sports Bay Area reported the incident and said police were looking for him before TMZ reported Monday that Smith checked himself into rehab.

The Raiders press release was straight to the point, simply reading “The Oakland Raiders have released LB Aldon Smith.”

Smith hasn’t played a snap since 2015 and was already currently banned from the NFL due to his status as a repeat offender of the league’s substance abuse program. He was hoping to be re-instated, but another run-in with the law will certainly cause further problems.

Smith was a promising first-round pick of the San Francisco 49ers before off-the-field issues derailed his careers. Previous legal problems include substance abuse, a hit-and-run, domestic violence and possession of illegal assault weapons. 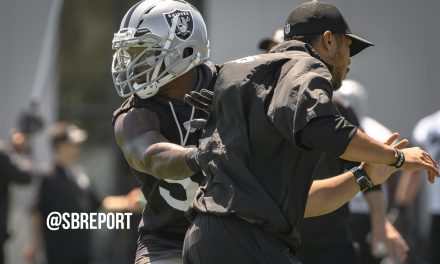 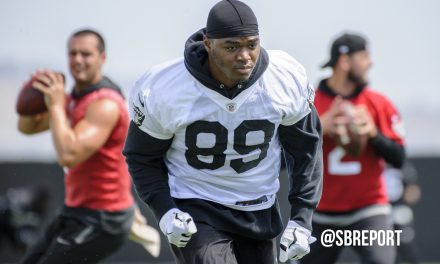 VIDEO: Amari Cooper On Lack Of MNF Involvement: “My Whole Focal Point Is To Win”

Navorro Bowman On 4th Down Call: “I Don’t See How They Got That”