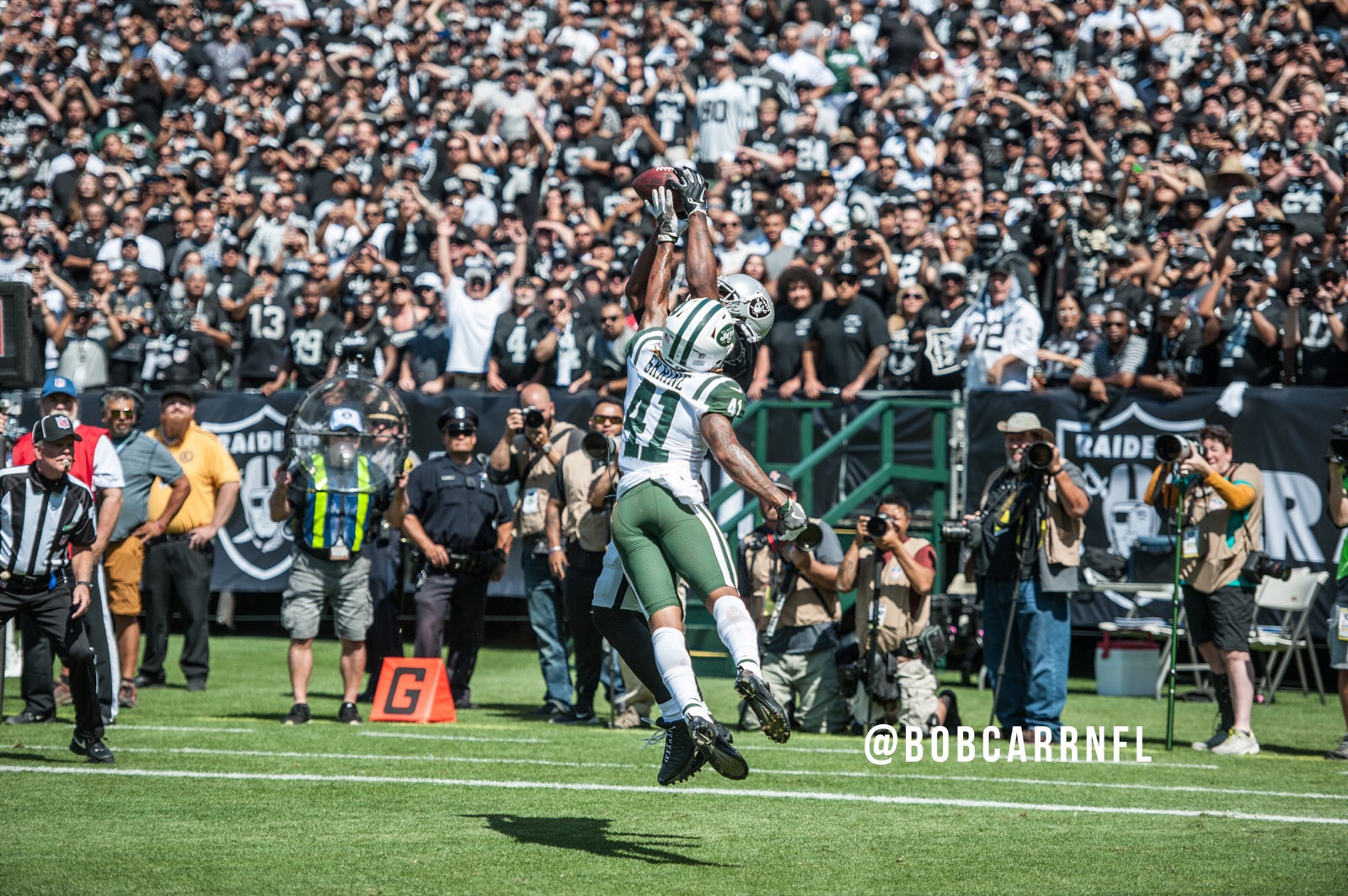 It didn’t take long for Derek Carr to get the offense going, using his second drive of the game to get his squad into the end zone for the early lead. The drive involved some trickery as new offensive coordinator Todd Downing called a fleaflicker, with Marshawn Lynch pitching the ball back to Carr who found Michael Crabtree for a 26 yard gain. That was just the beginning of their connection.

Just like last week against the Titans, the Raiders found themselves with a first and goal from the one-yard line with hometown favorite Lynch in the backfield. And just like last week, Lynch would have to wait as Carr threw a perfect ball to Crabtree in the corner for the touchdown.

Rookie cornerback Gareon Conley got his first game action with veteran cornerback Sean Smith sitting this one out with a neck injury. Jets quarterback Josh McCown tried attacking him early with a deep ball down the left sideline but Conley played it perfectly to bat the ball up and almost force the interception. The play would help lead to a punt for the Jets.

Carr would capitalize again on the next drive, extending their lead with a back-shoulder pass to Crabtree for his second touchdown of the day. The veteran receiver would finish with six receptions for 80 yards and three touchdowns.

After struggling to get their offense going, the Jets capitalized on some costly Raiders penalties to make the ballgame closer than it should be. With the Raiders defense stifling them, linebacker Bruce Irvin threw down the receiver hard on the dirt to be called for his second unnecessary roughness penalty in two weeks. Just two plays later, McCown found wide receiver Jermaine Kearse for a 34-yard touchdown after corner David Amerson mis-timed his leap. The touchdown made the score just 14-7.

The costly penalties continued for the Raiders defense on their next drive. After a big tackle for a loss on first down, rookie middle linebacker Marquel Lee got called for unsportsmanlike conduct after taunting Bilal Powell on the sideline. The Jets offense would take the free 15 yards and turn it into a field goal, bringing the Raiders lead to just 14-10 in the second quarter.

With Carr and the offense struggling, it looked like the Jets would have a chance to take the lead before halftime with Marquette King coming out to punt the ball at the two-minute warning. But Jets return man Kalif Raymond would muff the punt after calling for a fair catch and gunner Johnny Holton would scoop up the ball to give the Raiders a short field.

Three straight runs later, and Oakland-native Beast Mode would have his first career touchdown donning the Silver & Black. It would also be his first touchdown since Nov. 2015. The score also gave the #Raiders a 21-10 lead heading into the locker room. Beast Mode finished with 12 carries for 45 yards (a long of 13 yards) and the one touchdown.

Downing and Carr would find their groove in the second quarter as they utilized another one of the many weapons in the Silver & Black. Carr motioned the speedster Cordarrelle Patterson into the backfield before handing it off to, as he burst through the h0le for a 43-yard touchdown to extend the Raiders lead.

But the Raiders weren’t through with their offensive explosion, and this time it was backup running back Jalen Richard’s turn. The second-year back took a pitch to the right side and scurried upfield behind a block by Donald Penn to scamper into the end zone after a 52-yard rush, making the lead 35-13 early in the fourth quarter.

Second-year safety Karl Joseph played a solid game as defensive coordinator Ken Norton, Jr. added him to a lot of blitz packages and it paid off. The very next play, the young safety beat the Jets right tackle to get to McCown for the sack, strip and fumble recovery, giving Carr another short field.

Following a pass interference call on Amari Cooper in the end zone, Carr would find Crabtree for the hat trick on a one-yard touchdown pass, his third of the game, all to his veteran receiver.

Down 42-13 in the fourth quarter, the Jets tried to mount a comeback by going 75 yards on 10 plays, culminating in a touchdown pass to Kearse to make it 42-20.

But in the end, it was all Raiders as they closed out the fourth quarter with a 12-play drive that went 37 yards and ate up over eight minutes of the clock. The drive ended with a field goal from Giorgio Tavecchio to give the Raiders a final win of 45-20.

The win gives the Raiders their first 2-0 start since they went to the Super Bowl in 2002. The Raiders will cross the country next week as they take on the Washington Redskins for Sunday Night Football. 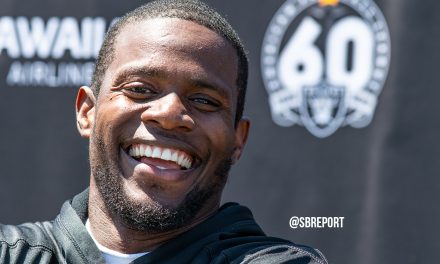 VIDEO: Lamarcus Joyner: “I Hate To Break It To You [Renfrow], You’re Not Catching No More Balls” 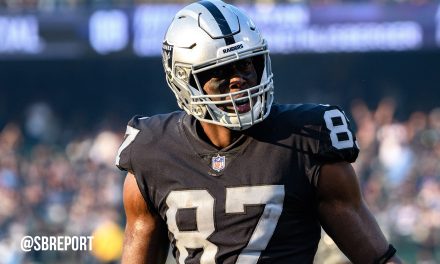 VIDEO: Jared Cook: “…The Best Way To Bounce Back Is To Ruin Other Teams’ Dreams” 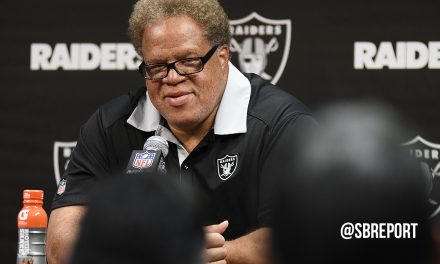 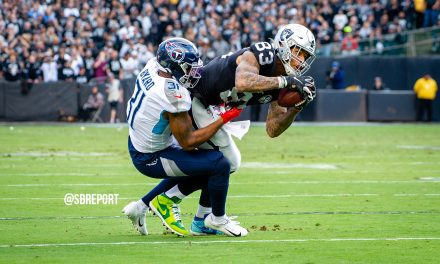 VIDEO: Darren Waller: “Can’t Put The Team In That Situation”